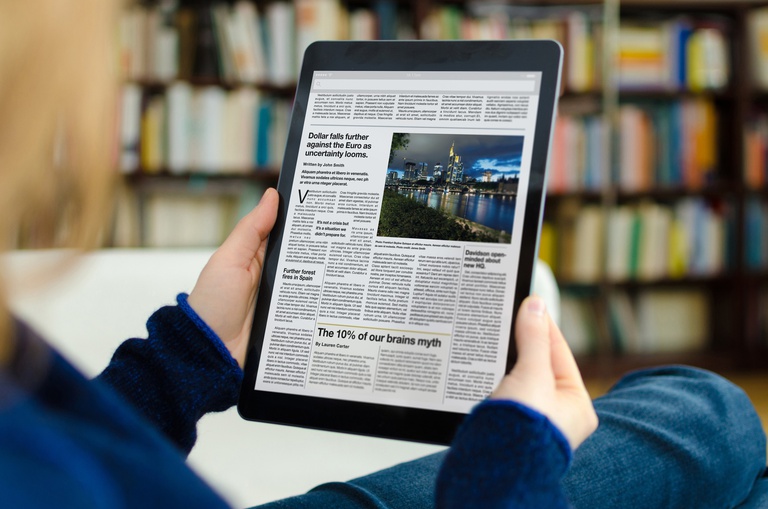 Have you read the news?

Changes to VAT categorisation when it comes to digital periodicals and newspapers could mean that any organisation sharing or selling digital versions of newspapers, updates, publications or newsletters will need to review their treatment of VAT.

Gerry Myton, Indirect Tax Partner at Streets Myton Mulholland Tax Advisory LLP, advises that due to a recent VAT court case the rules between printed and digital media may have been effectively levelled.

Recently, the Upper Tribunal has upheld the appeal of News Corp UK & Ireland Limited (News UK) and disagreed with the First Tier Tribunal decision that digital versions of its newspapers (including The Times, The Sunday Times, The Sun and The Sun on Sunday) were standard-rated suppliers for VAT purposes. The decision concluded that electronic editions of newspapers are zero-rated for VAT purposes.

Gerry said: “As far as this reaches, this case will be of interest not only to news publishers, national and regional but also to charities and membership organisations who supply printed matter such as magazines, journals, periodicals or newsletters to their members or supporters, but which would prefer to do so digitally for environmental and economic reasons.

“The decision could also have implications for organisations already providing members or supporters with electronic publications, such as magazines.

“Due to the four-year time limit to submit retrospective VAT claims, and the potential for HMRC to appeal this decision further, we strongly recommend that protective claims are submitted to prevent any potential recovery of overpaid VAT becoming time-barred.”

HMRC could argue that ‘unjust enrichment’ applies such that the claim is invalid because it was the ultimate consumer that bore the overcharged VAT.  In many cases, the defence of unjust enrichment will be rebuttable.

Until the matter in dispute is finally concluded and/or HMRC issues a revised VAST liability guidance, it is strongly recommended that taxpayers continue to account for VAT on digital publications and submit further protective where necessary. This will mean that organisations will not lose the potential to claim.