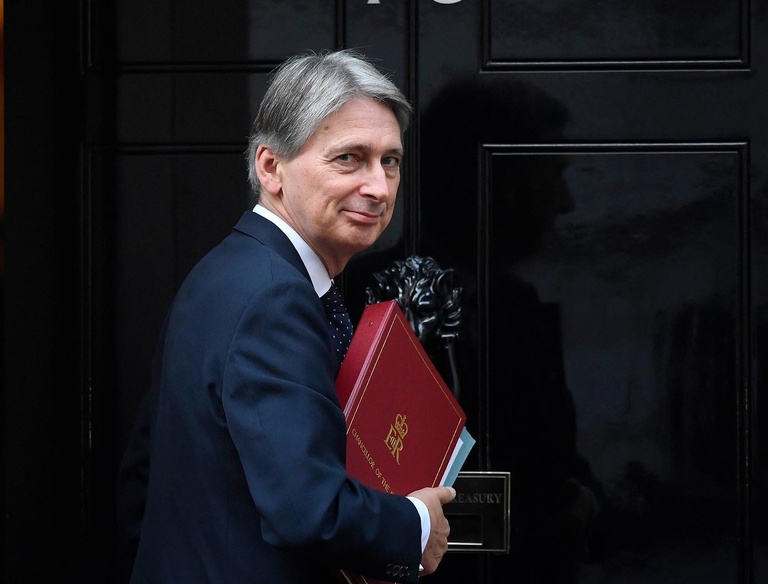 The Chancellor’s Budget was deemed by him and perhaps many in the Cabinet as marking the end of the era of austerity. This was characterised by severe even extreme cuts in public and personal spending, with the focus on re-balancing the books, paying off debt and looking at ways to create new and additional wealth.

Well it seems at least in term of public finances, given the announcements in the Chancellor’s Budget, that there might be more than a glimmer, even hard evidence that we are approaching the end of austerity. This being down to our public finances being in better shape than they have been for a long time, the result of increased tax revenues, reduction in overall borrowing and with the economy being in better shape.

With only 5 months to go, literally to the day for Brexit, with or without a deal, the Budget 2018 with all good intention might be scuppered in the event no deal is reached.  The outcome of which is likely to lead to an emergency Budget next Spring, despite the significant financial provision announced in the case of a no deal outcome.

This aside Hammond’s Budget, one of the longest for some time at well over an hour, certainly seemed to give something for everyone. For most the key announcement was probably the plan to bring forward by one year to next April, the increase in personal allowance to £12,500 and the raising of the higher rate tax threshold to £50,000.

To support and help address the demise of the High Street, he outlined support in terms of business rates relief for retailers, pubs, cafes and restaurants and for those looking to spend a penny rates relief for our local authorities which provide public toilets.  Bizarrely enough it seems our High Streets have seen a decline in and/or have not kept pace with the need for such facilities.

Our many road users, especially in rural areas, will no doubt welcome the provision of £420 million to fix the pot holes in our roads, as well the continued freeze on fuel duty.  Funding was also ear marked for infrastructure projects, including new roads.

Education, Health and Defence all benefited from funding pledges.  First time house buyers and new house builders all received news on initiatives, which included the extension to the Help to Buy Scheme till 2023, to further the provision of affordable and additional new homes.

In terms of announcements affecting businesses, the headline grabbing one was the proposed introduction of a UK Digital Service Tax, primarily aimed at the large search engine, web developers and online retailers with over £500m in global revenue. A move which it is felt will not jeopardise an investment in the UK by such enterprises, perhaps because of the UK’s and its consumers’ demand and appetite for the services they provide.

As part of encouraging investment in enterprise and business the Chancellor announced a major increase in the Annual Investment Allowance from £200,000 to £1m. To support and promote enterprise he confirmed the continuation of Start-up loans and the New Enterprise Allowance.  Whilst under pressure to abolish entrepreneur’s relief, the relief made to entrepreneurs on selling all or part of their business he chose to tweak it by extending the qualifying period of the tax break from 12 months to two years, with the aim of encouraging longer-term investment in British business.

With business and consumer confidence falling and with the possibility of a no deal Brexit, this Budget perhaps sought to boost confidence and optimism.  With no real tax takes, certainly those announcements around the provision of funding have seemingly been covered by the ability to meet the cost from the public purse.  Whether though the Budget 2018 becomes one of good intention as opposed actual delivery ultimately depends on the outcome of Brexit negotiations. We will have to wait until March 29th 2019 to find out.

Comments from our Partners & Managers

After wide speculation, the Chancellor announced a number of measures to help small businesses that operate on the UK’s high streets. From April 2019, businesses that operate from premises with a rateable value below £51,000 will benefit from a business rates reduction of one third. A £675 million Future High Streets Fund was also announced to strengthen community assets and improve our nations high streets.

There have been too many shops on our high streets that are closing or are continuing to struggle, compared with large out of town shopping centres and online retailers. Whilst this is welcome, this will not be enough, as rents are far too high and it is the larger employers that are suffering with the wider issue of the loss of retail jobs which makes the sector volatile for employee stability.

The new allowance will not qualify as expenditure for the Annual Investment Allowance and it will operate in conjunction with Plant and Machinery for fixtures and Integral Features. The new allowance will be available for contracts entered into on or after 29th October 2018. It was also announced that from April 2019, the special rate pool allowance will reduce from 8% to 6% per annum.

There has been a large gap in the capital allowances system since Industrial Buildings Allowances (‘IBA’s) were abolished in 2011. Many large projects relied on this allowance to assist in delivering large capital projects. Whilst similar in nature to IBA’s, SBA’s goes a few steps further as it applies to all commercial buildings whereas IBA’s did not. This is a welcome change and should incentivise capital building projects.

The Chancellor also announced a two year temporary increase in the Annual Investment Allowance (AIA) from £200,000 to £1 million per annum with effect from 1 January 2019. The AIA enables businesses to claim a tax deduction for the entire purchase cost of qualifying assets in the year of acquisition.

The qualifying holding period of an interest in a business, assets, or shares increases from 12 to 24 Months. This will be from 06 April 2019, but where business cease to trade before 29th October 2018, Entrepreneurs Relief will still continue to be available after April 2019 for up to 3 years providing the 12 month test has been met.

A minimum 12 month holding period has always been generous and now moving to 24 months it is broadly similar to qualifying holding periods when Taper Relief was available (abolished in 2008). Businesses that are currently going through a sale or preparing to sale will now need to make sure they meet the new tests which could halt or delay matters.

There were also changes the current requirements on share capital and voting rights for shares disposed on or after 29 October 2018.  Shareholders must now also be entitled to at least 5% of the distributable profits and net assets of a company to claim the relief. The introduction of the tests for capital and voting rights will mean that shares issued under certain unapproved schemes such as growth shares will now not qualify for Entrepreneurs Relief when sold.

The temporary increase in the AIA is great news for manufacturers and other capital intensive businesses seeking to invest in new qualifying plant and machinery, but the reduction of the allowance for special rate items from 8% to 6% is probably to pay for the new Structures and Buildings Allowances.

Stamp duty relief has been extended to shared ownership of properties up to the value £500,000. If you're a first-time buyer in England or Northern Ireland and purchase a shared ownership property up to this value, you'll now pay zero stamp duty. This change comes into effect immediately and will also be applied retrospectively back to the last Budget, so you'll likely be able to get cash back if you bought since November 2017.

Income tax will be cut earlier than planned meaning an extra £130 in your pocket if you're a basic-rate taxpayer. Two changes which were supposed to come in during April 2020 will now apply from April 2019 instead. The personal allowance – the amount you can earn without paying any income tax – will be raised from £11,850 to £12,500, while the threshold at which you start paying higher rate tax will be raised from £46,350 to £50,000.

The new 2% non-residential structures and buildings allowance was unexpected and a reminder of the old Industrial and Agricultural Buildings Allowances that were phased out between 2008 and 2011.  This may be of benefit to local farmers erecting new structures for example.