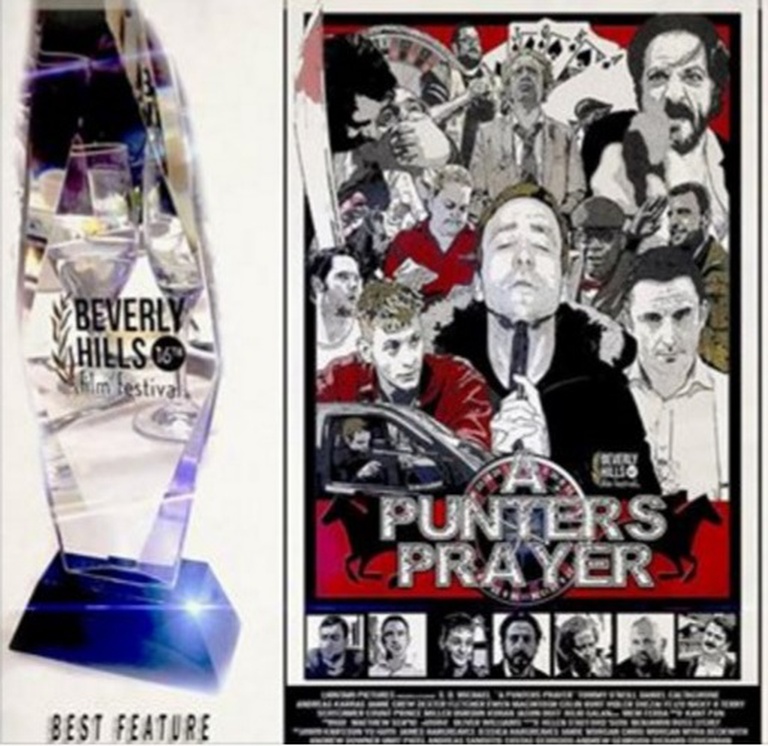 Mem Ferda, Actor who starred in A Punters Prayer, said: “It was refreshing to have worked with such a dedicated and extremely talented team of young filmmakers. The script is smart, original and highly compelling. I genuinely feel ‘A Punter’s Prayer’ is shimmering with Awards potential. I’m thrilled to have been a part of it.”

Commenting on Streets’ involvement with the film, James Hargreaves, Director at Streets ISA, said it was great to hear of the success of the film: “Whilst we didn’t have an on screen role, our off screen role included  helping to secure its funding, including advising on the use of film tax credit reclaims as well as more general advice. For us it was great to see us listed in the credits too.”

BHFF presented its 2016 line-up of 80 competition films over five days at the TCL Chinese 6 Theatres in Hollywood.