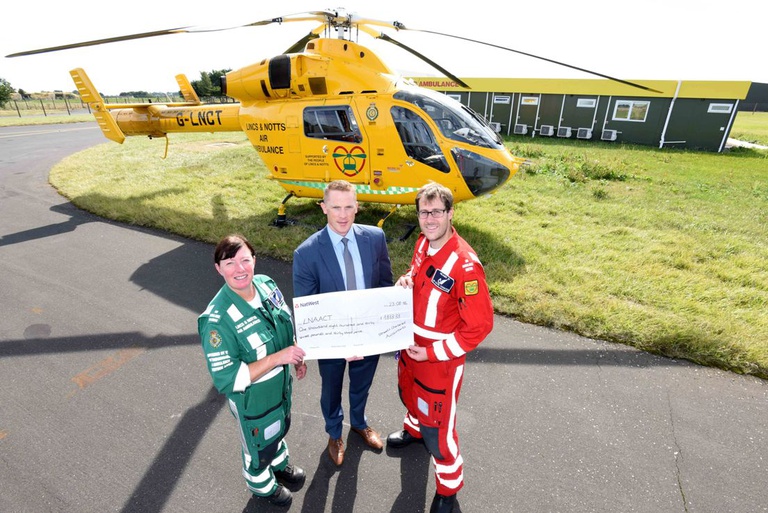 We are delighted to announce that we hosted our fifth annual Charity Golf Day last month and raised £5,500 for the Air Ambulance.

The event received fantastic support with 33 teams taking part and more than 30 local businesses sponsoring the day. There were Stableford individual and team prizes as well as competitions such as Longest Drive, Nearest the Pin and Hole in One.

Sally Crawford, Deputy CEO of the Lincolnshire & Nottinghamshire Air Ambulance said: “The Lincs & Notts Air Ambulance would like to thank Streets Chartered Accountants for their ongoing support of the charity. Once again their charity golf day was a huge success and provided valuable funds to the Ambucopter.  I would like to pass on my sincere thanks to the team involved for organising the fifth and most successful event yet.”

Barbara McGee, Fundraising Manager at the East Anglian Air Ambulance said: “The East Anglian Air are delighted that Streets Chartered Accountants has chosen to support us once again this year. To be associated with a local company is so important to us and gives us the opportunity to raise the awareness of the fantastic work our crews do on a daily basis.

“The support of companies like Streets and the general public means that we can keep the helicopters in the skies above East Anglia. Together we save lives.”

Bob Smailes, Regional Fundraising Manager at the Yorkshire Air Ambulance, said: “It is the fourth year that we have benefited from the Streets annual golf day and are extremely grateful for their continued support.

“Without such donations we would not be able to continue our life saving service.”

Commenting on the day, Streets Partner Mark Bradshaw, said: "The support received this year has been truly overwhelming and has helped us raise a staggering £5,500 for our three local Air Ambulance services.

“We have more than doubled the fundraising total since our inaugural golf day and we’re still only in our fifth year! We’re delighted to be able to support our local Air Ambulance Services, who are the true winners of the day.

“A very big thank you goes to all those people who sponsored, donated, gave their time and helped in some way, without whom the day would not be possible.”